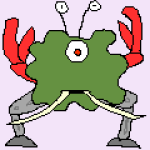 Online & Community Events
* Multiplayer search filter ‚Skill‘ now finds games based upon certain lobby game configuration criteria. For example, “Pro” setting now searches for Full Damage, Auto-start Engine, Forced Cockpit, Mechanical Failure, and so forth.
* Community events page – when an event cannot be entered, it will now display the reason why: ‘Coming Soon’ along with a countdown, or ‘Expired’.
* Online – Ensure that vehicle light repairs are synchronized in MP races so that repaired headlights are visible by other racers.
* Xbox One – fix attempt for a hard-to-reproduce issue where the game would at times freeze or crash when 8 or more players joined a session all at once.
* Xbox One – fixed an issue that at times would prevent a player from establishing full connectivity when leaving a lobby and trying to reconnect to it.
* PS4 – fixed an issue where, after the PS4 resumes from Rest Mode, no network features can be used.

Controls – All platforms
* Adjustments made to the gears system, to prevent gears being skipped under certain conditions. This addresses an issue where gears would at times jump straight down to 1st, potentially causing engine blowouts.
* Steering wheels – reduced the centering rate of the steering spring. This improves the feel of steering wheels at very low speeds.
* Added support for the use of all active controllers for menu input. You can for example now use a steering wheel to race, and a gamepad to control the menus and photo mode.
* Gear shifters – when using an H-shifter on a car that has a sequential gearbox, the gearbox will now switch through the gears until the gear selected on the H-shifter is reached.
* Fixed an issue in Force Feedback calibration that would prevent a player from setting „Soft Clipping (Half Input)“ back to 0 after modifying it from the original value.

Controls – Xbox One
* Built in protection to prevent unsupported controller devices from crashing the game.
* Gear shifters – fixed an issue that prevented the selection of neutral when using an H-gate shifter add-on with a car that has an H-gate shifter in-game.
* Implemented accelerator vibration on the gamepad right trigger to indicate when and how much the tyres slip under acceleration.
* Madcatz wheel – fixed an issue where the switch on the wheel to change between 270 to 900 degree mode stopped functioning.

Physics & AI
* Slowed down the AI opponents in the rain when using racing tyres, to make racing against them better balanced.
* Adjusted the AI tyre wear rate to better match the player’s tyre wear rate.
* Adjusted wear of Slicks and Rain tires to more realistic levels where needed. Typically GT/LMP/Formula cars will get slightly more than a full fuel load on soft or default slicks (depending on fuel load amounts).
* Adjusted the heating of slicks and rain tyres to more realistic levels.
* Adjusted tyre temperature sensitivity on several cars.
* Adjusted rain tyres to generally be more sensitive to overheating, and less efficient in the dry.
* Improvements to AI navigation to lessen collisions during cramped race starts, improve detection of other cars during cornering, and improve clean overtaking
* Improved the AI pitting logic during practice and qualifying so that the AI cars run more realistic stints before pitting.
* Reworked the AI’s fuelling logic during qualifying sessions where no refuelling is allowed, so that they don’t always fill up the fuel tanks and negatively impact their qualifying ability. The AI will now deliver far more competitive lap times during qualifying.
* Fixed an issue where the AI would set impossible lap times during races with pit stops.
* The AI will now pit as soon as possible when low on fuel to prevent them running out of fuel and retiring from the race.
* Reduced the effect of damage to the car’s cooling system when suffering aero damage. This prevents engines from overheating and blowing at an unrealistic rate.
* Fixed an issue that prevented bump starts from working properly on some cars. An example case – with gears and clutch set to manual, take an Ariel Atom out on Brands Hatch. At the first right hander, stall the car, ignition on, 2nd gear, roll down the hill up to about 15kph and drop the clutch. The car will now bump start. Exact conditions for a successful bump start will vary slightly by car.
* Fixed an issue where at times some AI drivers in a race would use much higher skill levels than the rest of the field.
* Fixed an issue that prevented the AI from pitting within the final 3 laps of a race
* Further tweaked the AI ability in wet races to more closely match the player car’s ability in the wet
* Improved the AI’s efficiency in pit timing when needing to change tyres due to weather conditions.

Career
* Added a new RUF RGT8 GT3 contract to ensure that the player can enter the RUF GT3 series on contract renewal and not just when starting a new career.
* Fixed the unlock details for the Supercar Ardennes Club Day Invitational.
* Fixed an issue where skipping the session during a race caused the player to move up in the session results.

General
* Fixed an issue where the player position would at times change to last when player crosses the starting line during rolling starts.
* Fixed an issue that could cause the game to crash when selecting the ‘Edit Tuning Setup’ option in the ‘PIT BOX’ screen.
* Fixed an issue that could cause the game to crash while watching a saved replay.
* Driver Network Profile – fixed an issue where entering Free Practice mode would count toward Races Entered.
* PS4 – fixed an issue that required the game to first restart after installing an in-game DLC before the DLC would be available for use.
* Audio – rebalanced the volume of skid sounds to make them a bit more audible.
* PC, Oculus Rift – added Oculus 0.6.0.0 SDK support, enabled positional tracking in non-helmet player camera views, implemented initial menus and HUD support, auto reset player view position at the start of a race, and disabled all non-VR-friendly scripted pre-race camera sequences.
* PC, D-BOX – fixed an issue that caused cars to lose power when playing with D-BOX connected.
* Updated the achievement „I am the 5%“ to ensure that it can be achieved in non-Pro-modes as well.
* Fixed a game crash issue caused by an overflow of the email inbox when the player received above a certain amount of invitational emails.
* GUI – fixed an issue where the controls configuration arrows in Options would not respond correctly to mouse input when attempting fine adjustment.