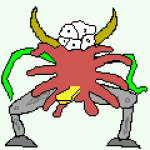 We hope that you’re getting pumped for the Beta, because we certainly are – we can’t wait to jump online with you and start playing some Black Ops 3.

While the Beta represents a fraction of what will be available in the final game, your feedback will help fine-tune the game and make for a better, smoother Day 1 for everyone, so thank you!

No doubt, you just caught the trailer for the Beta. If you didn’t, you can catch it here. In it, you probably saw a few things that you haven’t seen before. We figured that now would be a good time to start sharing exactly what’s in store next week (Aug. 19) for PS4 owners that pre-ordered the game (as well as what Xbox One and PC fans can expect on August 26 when the Beta goes live for them).

When PS4 players jump into the Beta, they’ll have access to three maps, each one having been built from the ground-up specifically for our new momentum-based chained-movement system.

Prepare to do battle! On the 19th, expect to find a range of fan favorites:

As you know, Specialists bring their own look, personality, voice and battle-hardened weapons and abilities to the fight. They can be ranked-up, delivering yet another layer to our progression system. Next week, PlayStation 4 players will start getting to know the default Specialists:

Rank up to levels 22 and 28 and you can also wreak havoc with:

We don’t want to get too ahead of ourselves, but…

After the first few days of progression, we’ll also make a few additional Specialists available. As you rank up and progress during the week, you’ll also gain access to:

The new Weapon Paintshop feature goes beyond the Emblem Editor and lets players create custom graphics that are displayed on the sides of their guns. With up to 64 layers applied to three sides of the weapon, players will be able to create their own signature variants with an = infinite number of possible combinations.

Since this is a Beta – and because it’s important that we stress test the game in particular ways – we will have gated progression caps along the way.

Also, note that Arena won’t be available in the Beta; however, we suspect that won’t take the competitive edge off of the games being played.

Stay tuned here and subscribe to @Treyarch on Twitter for the latest studio and Beta-related news. In the meantime, start warming up those itchy trigger fingers – we’ll see you next week!